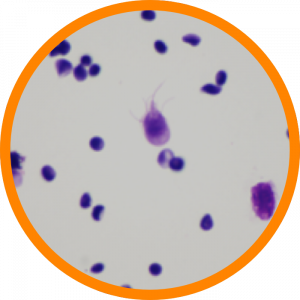 Giardia (also known as Giardia intestinalis, Giardia lamblia, or Giardia duodenalis) is found on surfaces or in soil, food, or water that has been contaminated with feces from infected humans or animals.

Giardia is protected by an outer shell that allows it to survive outside the body for long periods of time and makes it tolerant to chlorine disinfection. While the parasite can be spread in different ways, water (drinking water and recreational water) is the most common mode of transmission.

Giardia can be found within every region of the U.S. and around the world.