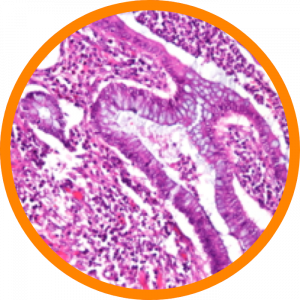 The exact cause of inflammatory bowel disease (IBD) is unknown, but IBD is the result of a defective immune system. A properly functioning immune system attacks foreign organisms, such as viruses and bacteria, to protect the body.

In IBD, the immune system responds incorrectly to environmental triggers, which causes inflammation of the gastrointestinal tract. There also appears to be a genetic component—someone with a family history of IBD is more likely to develop this inappropriate immune response.