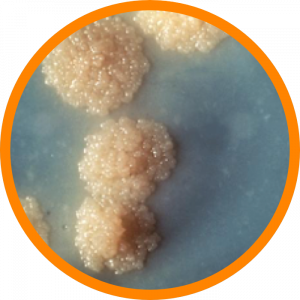 Tuberculosis (TB) is spread through the air when people who have an active infection cough, sneeze, or otherwise transmit respiratory fluids. Many TB infections are asymptomatic and latent (not yet ill or contagious). Latent infections can eventually progress to active disease that, if left untreated, can be deadly. Though TB can affect other parts of the body, it typically attacks the lungs.

TB is second only to HIV/AIDS as the greatest killer due to a single infectious agent. Over 95% of TB deaths occur in developing countries with women and children being especially vulnerable to the disease. More people in the developing world contract tuberculosis because of compromised immunity, largely due to high rates of HIV/AIDS.

Tuberculosis is a treatable disease but it requires administration of multiple antibiotics over a long period of time. Antibiotic resistance is a growing problem in multiple drug-resistant tuberculosis (MDR-TB) infections, which take substantially longer to treat with second-line drugs and/or chemotherapy.

The absolute number of tuberculosis cases has been decreasing since 2006, and new cases have decreased since 2002. Effective campaigns by the World Health Organization and other groups have both decreased the spread of TB and lowered mortality rates.

TB research at CERID is focused on immune response to TB, pathogenesis, and vaccine development.