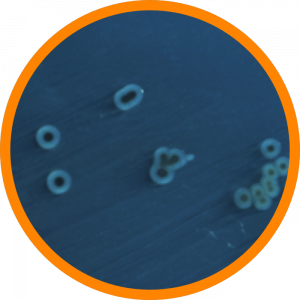 The name typhoid means "resembling typhus" and comes from the neuropsychiatric symptoms common to typhoid and typhus. Despite this similarity of their names, typhoid fever and typhus are distinct diseases and are caused by different species of bacteria.