The overarching goals of the Gottlieb Lab is to further our ability to provide evidenced-based, potent antiretroviral therapy (ART) to patients with HIV-2 infection.

Because HIV-2 is intrinsically resistant to non-nucleoside reverse transcriptase inhibitors and may have partial resistance to some protease inhibitors (PI), treating HIV-2 and HIV-1/HIV-2 dual infection presents distinct challenges. This is especially problematic in resource-limited settings where there is limited choice and availability of 1st line NRTI-PI based regimens as well as subsequent 2nd line and salvage regimens in those individuals with clinical progression, immuno-virologic failure or antiretroviral (ARV) toxicities.

To date, we remain largely ignorant about the long-term outcomes of ART in HIV-2 infected people, we are in urgent need for assessment of new classes antiretrovirals for HIV-2 and we lack even rudimentary studies on ARV- regimens to treat HIV-1/HIV-2 dual infection, or whether ARV treatment outcomes using NRTI-PI based regimens are different than HIV-2 single infection. 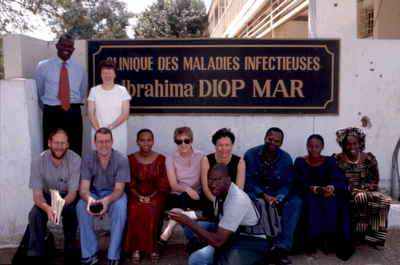